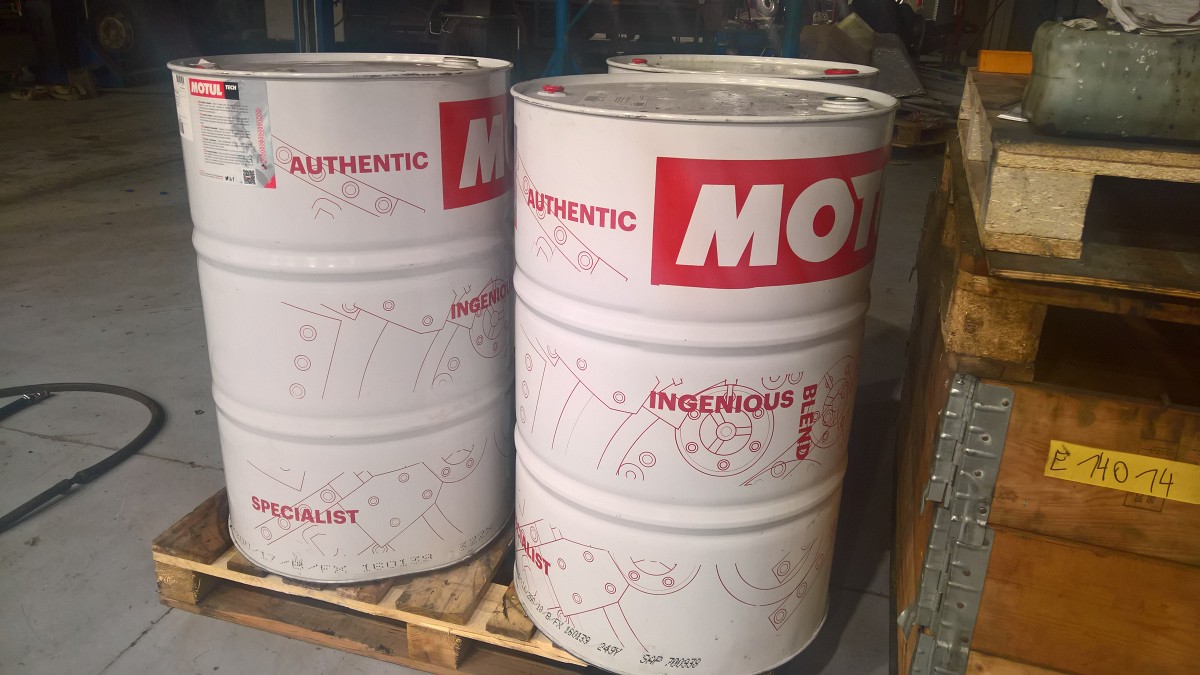 VTA Tehnika AS was founded in 1996, dealing with sales, maintenance and repair of PALFINGER lifting equipment and THERMO KING temperature control equipment. We are part of VTA Tekniikka OY, one of the leading companies in the field in Finland.

We are the sole representative of the PALFINGER group lifting equipment certified in Estonia. PALFINGER is the leading company in its field in the world. For more information, see the link  PALFINGER.COM.

We are the sole representative of THERMO KING Group refrigeration equipment in Estonia. THERMO KING is the leading company in its field in the world. For more information, see the link THERMO KING.EU. 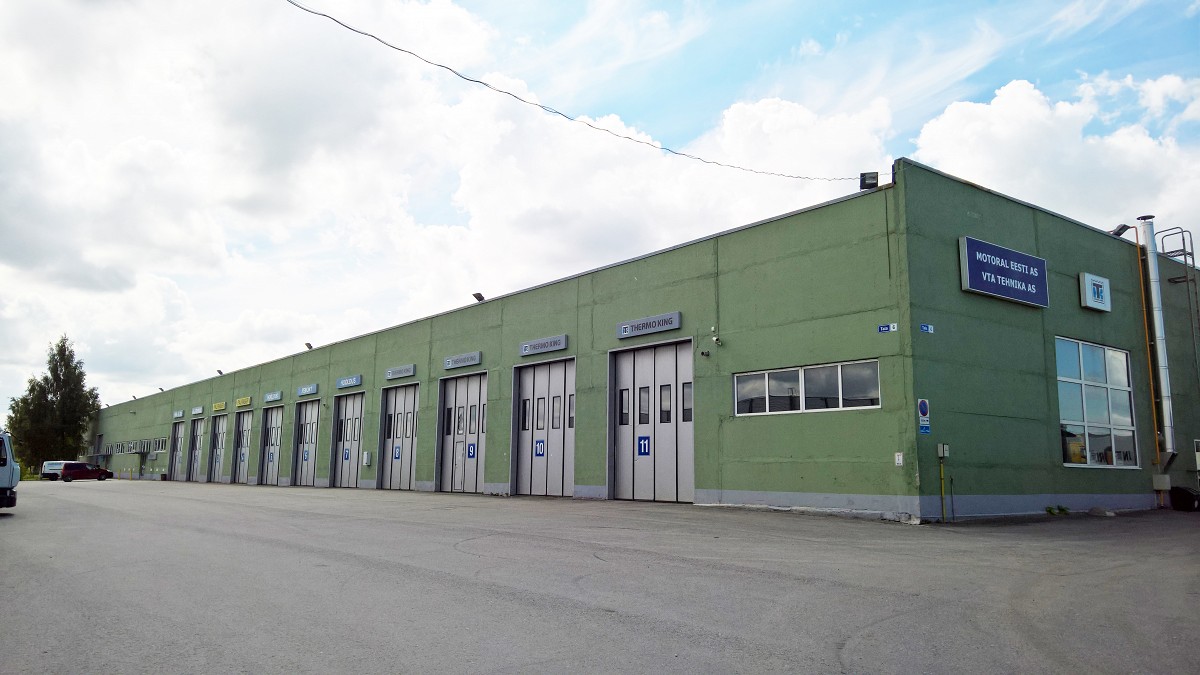 Workshop of VTA Tehnika AS 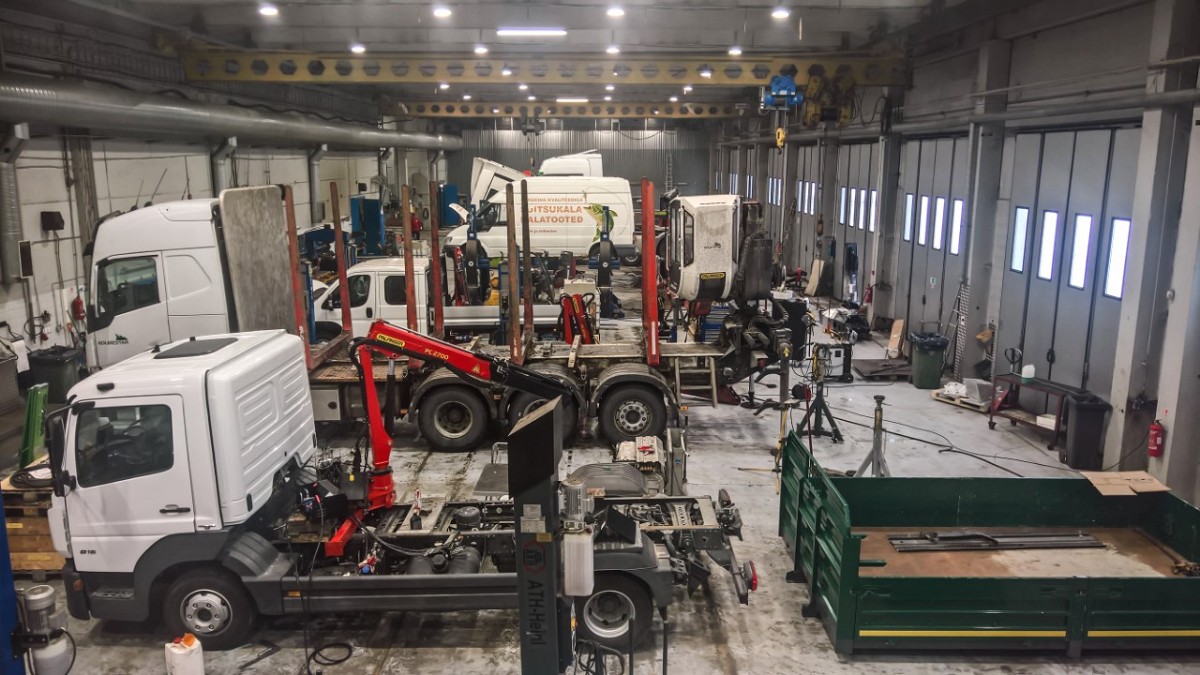 VTA Tehnika AS has well-planned workshop premises with an area of about 2400 m² at its disposal. The workshop has a total of 15 entrance doors, three of which pass through the entire building. One of the parts passing through the entire building is provided with a special canal equipped with brake and bridge testers, and lifting jacks. There are also 3 hoists for superstructure and installation work. The workshop also accommodates a washing facility for trucks and trailers. At our place, it is possible to carry out repairs and maintenance of passenger cars and vans, as well as tire works of passenger cars, vans, trucks, buses, and trailers.Guests have a waiting lounge with TV and free Wi-Fi at their disposal. We have over 5,000 m² of enclosed parking space for the vehicles of our customers.

Our workshop is located in Tallinn, Lasnamäe district, on Tala Street and it is easily accessible from all major highways.

In 1959, a company V.Tunturi Autoliike OY, founded by Veikko Tunturi, started operations in Finland. From the very beginning, the company engaged in the rebuilding of cars and trucks and in the building, maintenance and repair of trailers. The operations started in Vaarala, near Vantaa, and are still continuing in the same place to this day. The premises have been expanded on three occasions, and today, the company has approximately 4,000 m² of office and workshop space at its disposal.

In 1986, Motoral Group bought the entire company with its workers and the site. Due to belonging to the Group, the company expanded its activities in the field of imported products, moreover, in the first half of the 1990s, a service network covering the entireity of Finland was developed for the brands PALFINGER and THERMO KING. The name of the company was also changed, and the new name was VTA Tekniikka OY.

In 1989, a company Aarno Järvinen OY, operating in Tampere, was acquired. Acquisition of the company helped to ensure a stronger market position in the market segment of the special superstructure and PALFINGER forestry cranes and special cranes.

In 1993 VTA Tekniikka OY became the sole representative of PALFINGER products in the Finnish market. Nowadays, the company has the leading market position among the lifting equipment installation and sales companies.

In 1996, VTA Tehnika AS was founded and operations started in Tallinn, Estonia. Operations in the same, extended workshops and offices continues today.

In 2008, the company bought Truckservice OÜ which contributed to the extension of the range of general services offered in the maintenance and repairs for heavy transport to buses, trailers, and trucks.

In 2013, Truckservice OÜ and VTA Tehnika AS, the companies in Estonia were merged with each other.  Through the merger, the quality of the services offered and the customer service improved.

In 2015, the workshop, staff and processes were certified to meet the standards of a THERMO KING Dealer. We acquired the highest THERMO KING SertiTech Dealer Certificate of Compliance for maintenance, repair, warranty handling, and sales. 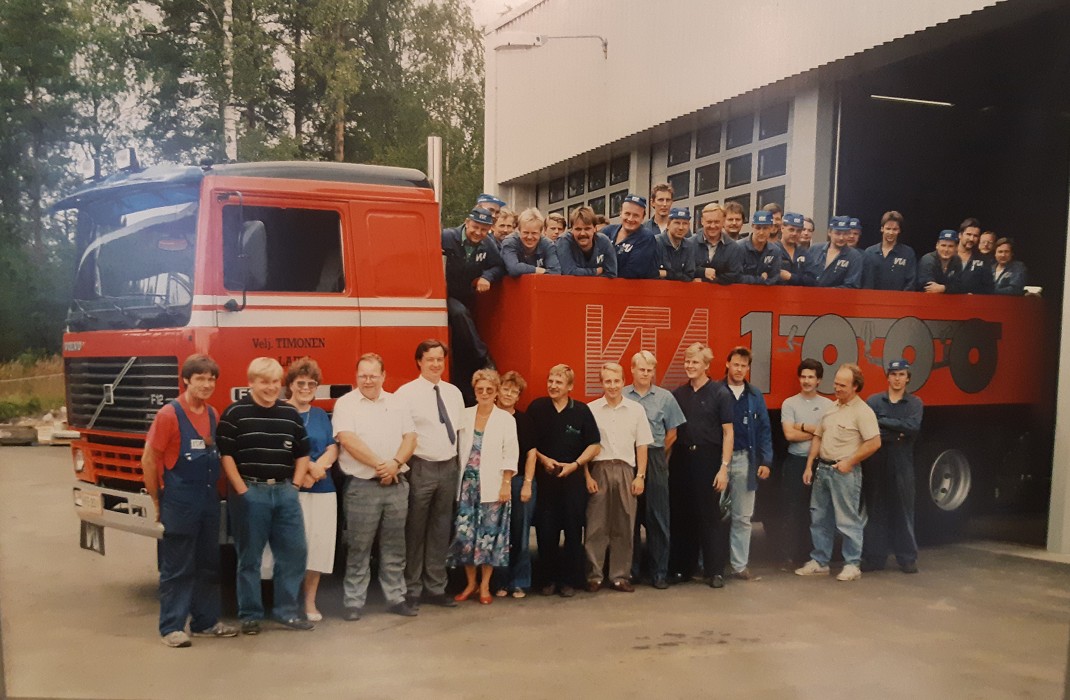 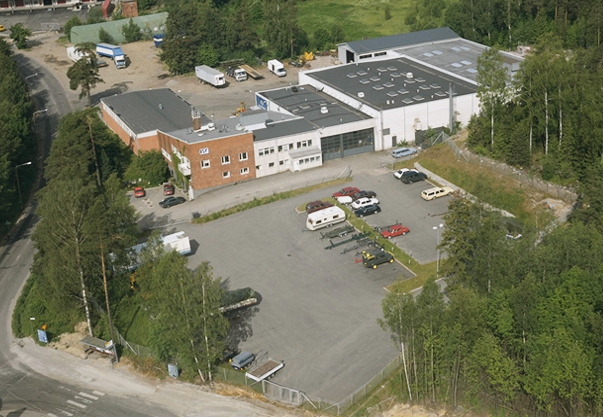 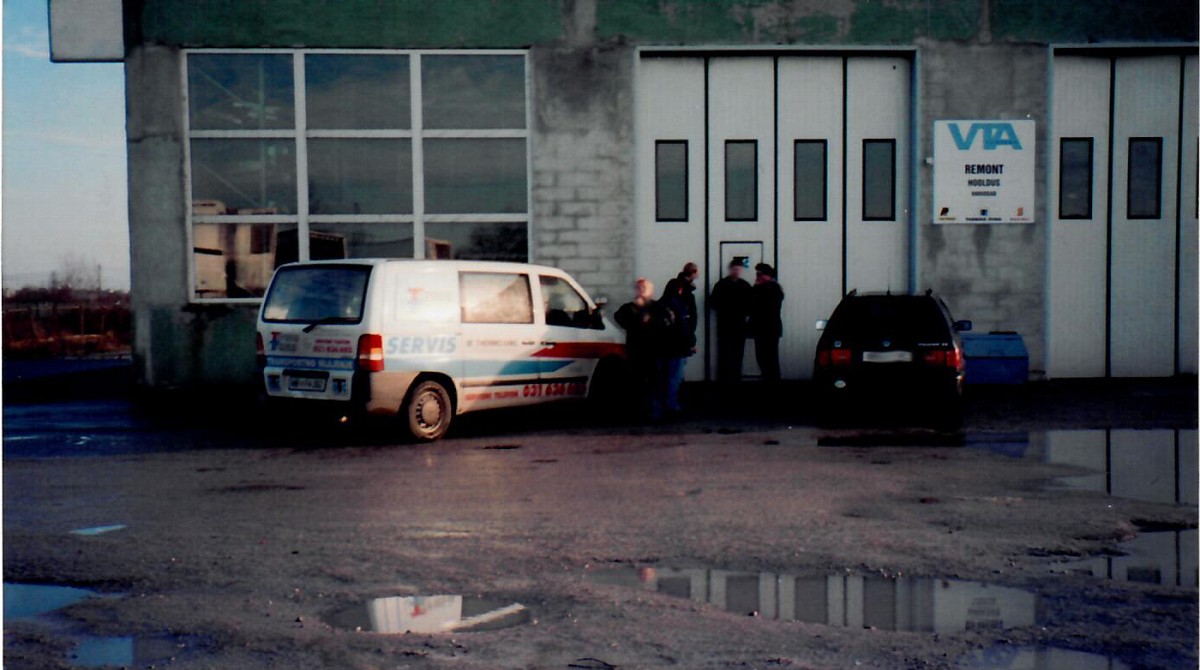 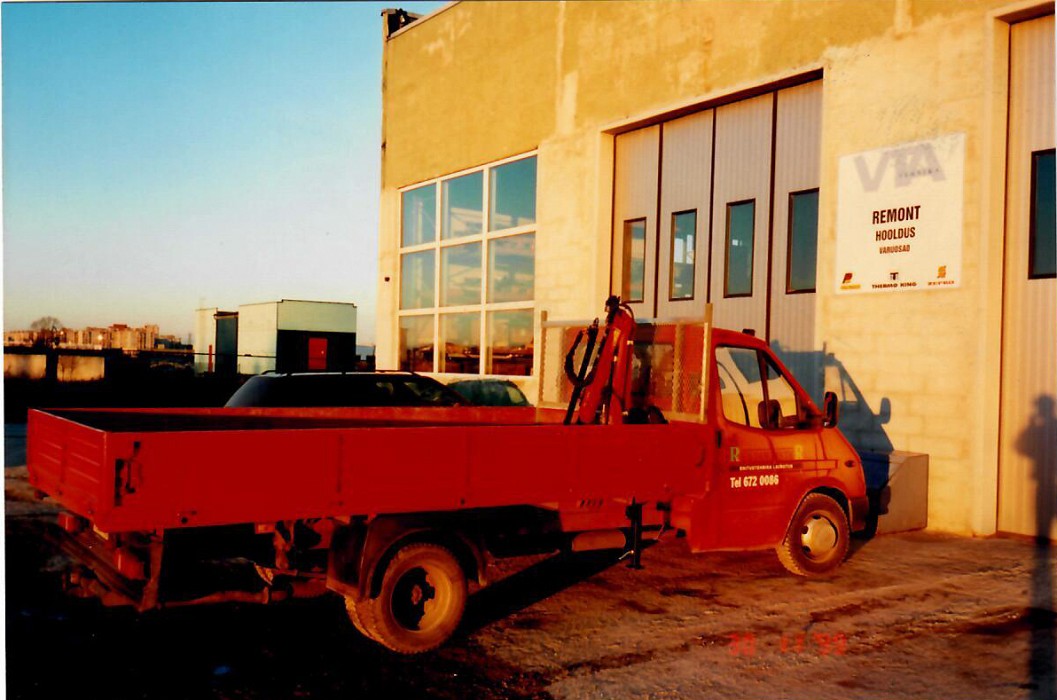 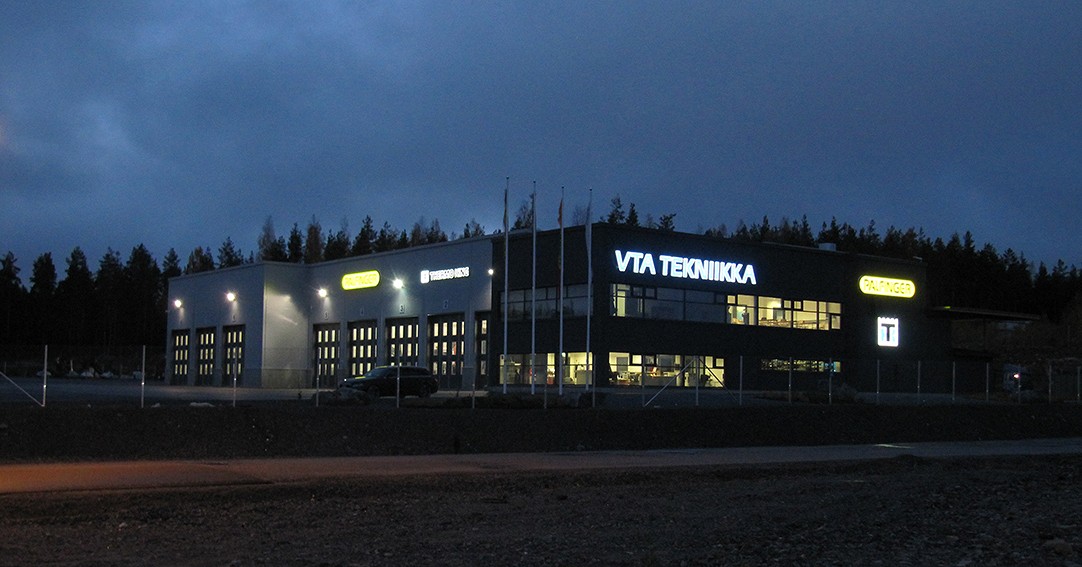